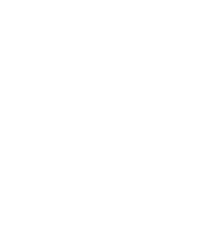 “This agreement enables our graduates to receive full credit for their APA training when they are accepted by the RCMP,” Spencer said.

To join the RCMP, graduates must pass a medical examination, obtain an RCMP Security Clearance and pass an interview. Before their first posting as an RCMP officer, they will participate in a short training course instead of taking the force’s 26-week course.

“The RCMP have hundred’s of positions all across Canada,” Spencer said. “Now our graduates can apply, and will receive full credit for their APA training.”

The Atlantic Police Academy, a division of Holland College, has been training police officers for more than 40 years. The Police Science (Cadet) program’s next intake is in January of 2019. Representatives will be hosting an information session in Halifax on June 18 at 7 p.m at the Future Inns Halifax Hotel & Conference Centre, and on June 19 at 7 p.m. at the Hampton Inn & Suites, Dartmouth Crossing. For more information about the 35-week Police Science (Cadet) program, visit hollandcollege.com/apa, call 1 (800) 446-5265 or email info@hollandcollege.com.